Reading as a chore 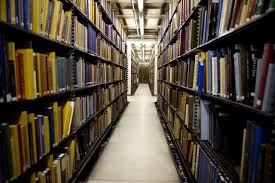 A colleague (thanks Anthony!) drew my attention to this rant from Susan Hill. It’s not the first time she has expressed her views on this topic, and doubtless won’t be the last as long as GCSE and A level students see the reading of books as a chore to be got through as painlessly as possible and with the least possible effort. I don’t think it’s actually their fault: the system encourages it, and has been running like this so long now, that, as “Suze” points out, there are teachers with the same attitude. I have commented in similar fashion myself before now.
Ms Hill used to publish a lively blog until she suddenly pulled it recently. At the time, I thought it might be because she’d received criticism for a post which, without apparent irony, praised Sarah Palin to the skies. I wonder if actually she just became so fed up with being accessible to all and sundry that she just felt she should concentrate on her writing.
We have a generation of students now for whom failure is not possible. A “pass” rate of 97% at A level means, in essence, that you pass by turning up. Coursework can, it seems, be endlessly deferred, and multiple attempts can be made to improve it. I have had to explain very patiently to lots of students what a deadline is, and also counsel them when they relapse into shock at the notion that once work is marked, that’s it.
The idea that students of Literature might actually enjoy reading is seen as a quaint one by many eighteen-year-olds. I notice a distinct difference in the attitude of older students, who accept with equanimity, and, indeed, enthusiasm, the instruction to read a book – a whole book!- for next week’s class.
I don’t think there’s any way round this. We need to re-establish in schools the habit of reading, and reading entire texts rather than the bleeding chunks beloved of A level syllabuses. I’ve no confidence that this will actually happen of course.

Reading as a chore by Dr Rob Spence is licensed under a Creative Commons Attribution-ShareAlike 4.0 International License.

Next stop
An announcement
Comments (10)