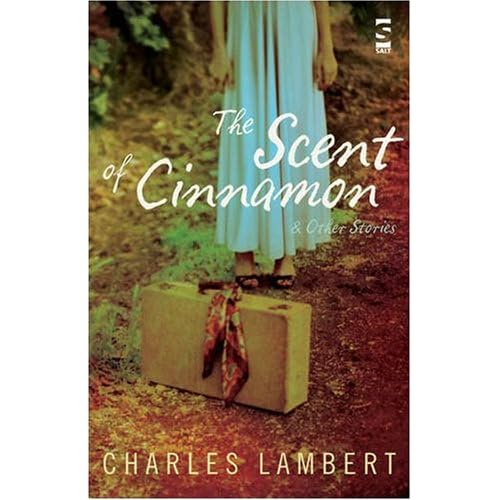 Topsyturvydom is proud to hold this leg of the virtual tour for Charles Lambert’s The Scent of Cinnamon. This is Charles’s second major publication, following his novel Little Monsters. First, a biographical note: Charles Lambert was born in Lichfield, in 1953. After going to eight different schools in the Midlands and Derbyshire, he won a scholarship to the University of Cambridge from 1972 to 1975. In 1976 he moved to Milan and, with brief interruptions in Ireland, Portugal and London, has lived and worked in Italy since then.
Currently a university teacher, academic translator and freelance editor for international agencies, his occupations have included kitchen hand, shop assistant, medical journal editor, guidebook writer, receptionist, teacher of political science, and journalist with ANSA, the Italian news agency. He now lives in Fondi, exactly halfway between Rome and Naples, a stone’s throw from what was once the Appian Way.
The Scent of Cinnamon has been well received- Scott Pack went so far as to say that “the majority, the vast majority, of people who routinely enjoy the Richard & Judy books would wet their knickers (or pants, but let’s face it, it would mainly be knickers) over the title story of this book.” Well, up to a point, Scott… Where I would agree is that these stories are all exquisitely crafted, showing the same attention to the telling detail that was such a feature of Little Monsters. And if anything is going to restore the popularity of short fiction in this country, it must be the publication of stories such as these, by turns humorous, surreal, disturbing, but always memorable. Here’s a short question and answer session I conducted with Charles:
RS: You mentioned when we corresponded that you are working on a novel that might loosely be described as detective fiction. In The Scent of Cinnamon, at least one story, “Moving the Needle Towards the Thread”, might be said to have some of the characteristics of that genre. Are you attracted to genre fiction? I wondered if you like to subvert it, as, say, Gilbert Adair does.

CL: Yes, I am attracted to genre fiction but, bluntly, I’m not very good at it. What tends to happen on the occasions I set out to work within a genre is that, without wanting it, I find the writing wriggling off towards something else. The story you mention is a good example. The set-up – a corpse, a murder, a murderer, a sort of confession – certainly has the characteristics of, if not quite a whodunit, a whydunit, if you like. But what happens as the piece develops is that the narrator begins to find her own certainties questioned, so that by the end of the story what began as self-justification is crumbling in her hands and she no longer has an explanation for anything, least of all her own actions. The story has become, willy-nilly and regardless of its quality, ‘literary’ fiction in that it lends itself to, indeed necessitates, more than one reading. The Number Worm also looks like a pure genre piece – a classic horror story – before veering off into (and it’s been criticized for this by one irate SF/fantasy reviewer) ‘psychological metaphor’ (quite apart from its nodding salute to a story that has almost established its own genre, “Metamorphosis”). I’m a great admirer of certain genre writers, like Stephen King, say, or Ramsay Campbell, or Ian Rankin, and I have a special place in my heart for Patricia Highsmith, who has, I think, influenced me as much as any other writer, but these are all people who are challenged and stretched by the genre they’ve chosen to work in, rather than writers like, say, Patricia Cornwell, who stay within their genre for less creative reasons (I hesitate to use the word money). I also like and admire the work of Gilbert Adair, but I wouldn’t see my use of genre as involving the kind of very knowing operation he performs so skilfully in his Christie-inspired novels. The book you mention, by the way, has already broken free of its detective fiction moorings and is heading off who-knows-where… Right now, a study of what it means to be lonely might be a more accurate one-line description.
RS: We touched on your relatively late emergence as a writer in our interview. Many reviewers have commented on the sense of craftsmanship and maturity in these stories. Has it been an advantage to do your apprenticeship in private as it were?

CL: Malcolm Gladwell’s new book, Outliers, talks about the numbers of hours a person needs to devote to a certain activity before becoming proficient in it. I haven’t read the book, but I think he suggests a minimum of 10,000. That would work out, roughly, as three hours a day for ten years, or one hour a day for thirty. In these terms, I’m definitely proficient, which, for me, means being aware of what I can do and of which limits I can profitably push against. Having said that, the stories in the collection cover a fair number of years and I hope they’re all both well-crafted and mature, though I’d like to think that some of the newer pieces were, if not better, perhaps more sparely written. It’s noticeable that the most recent work of, say, Bob Dylan and Alice Munro– to take names out of a mixed-genre hat of personal favourites – has a feeling of being stripped back, and I’d tend to say that maturity is also a process of freeing the text from what’s inessential and decorative. I hope that I’m doing this. As far as conducting my apprenticeship in private goes, I can take no credit for this at all. From the very start, I did everything in my power to go public and I’d still be happy to see a novel I wrote over 15 years ago sitting on readers’ shelves. Over to you, world of publishing.

RS: You’ve lived nearly all your adult life as an exile. Do you still feel as if you belong to Britain, and has your sense of place been affected by your long absence? Your novel Little Monsters moves easily between British and Italian settings, and there’s a similar breadth of setting in The Scent of Cinnamon.

CL: I’m not sure I’d choose the word ‘exile’ to describe myself, though I might if the alternative were ‘ex-pat’. I don’t feel exiled, by myself or anyone else, from Britain. At the risk of alienating readers of Private Eye or the Daily Mail, one of the papers incidentally that reviewed Little Monsters most enthusiastically, I’d like to think of myself as European and equally at home in both the UK and Italy; but that wouldn’t be true either, because what I feel is not-quite-at-home in both, which I think is the state I was aspiring to when I first left Britain. Bilingual speakers are said to achieve 100% proficiency in neither language. I’m not bilingual, though I wonder sometimes about my linguistic competence in English and Italian, but I’m certainly bicultural, by which I mean twice incomplete. I’m made aware of this most strongly when I watch programmes like Who Wants to be a Millionaire, and discover that the first few questions are the ones that flummox me: I’d need to ask the audience. More seriously, I’m not sure how far I actually have a sense of place. In the sense of feeling rooted, or the need for that, I have very little. I had a fairly nomadic childhood, if only within the confines of the Midlands (from Lichfield to the Pennines, with quite a few stops in between), I’ve moved around quite a lot in Italy as well, and I’m beginning to look forward to the next country, whichever that might be. What I do have is a strong visual memory, which comes in handy, a strong curiosity in the minutiae of other people’s lives (a faculty that people who don’t have the excuse of being a writer call nosiness) and a sort of reckless belief that I can write about anything if I try hard enough. Transmitting the feel of a place, or time, is often a question of reducing detail to a minimum. There’s nothing less convincing than a sense that the author is ticking stuff off on a checklist of local colour: what I call the Bakelite ashtray syndrome. The thing that makes Penelope Fitzgerald’s other places so utterly convincing isn’t the precision of her attention – which is extraordinary – so much as the sparseness of detail. There’s a moment in Innocence when she talks about one of the characters buying school exercise books from the local Upim and it’s perfect. and all that’s needed to fix a world.

Thanks, Charles for those illuminating answers. Now, gentle reader, buy the book! 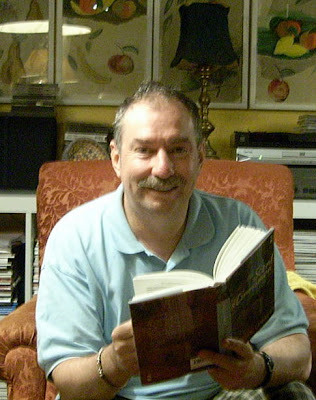 Something Rich and Strange
This Just In: Man Splits up with Girlfriend
Comments (4)