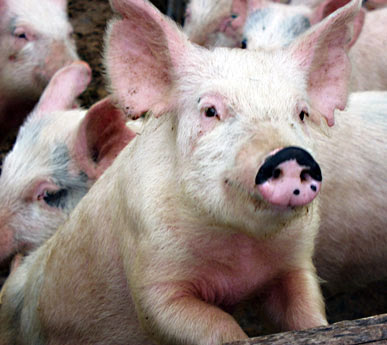 Partly posting this so I can get another picture of my second favourite animal species on the blog two days in succession, and partly to record my admiration for Dr Crippen, whose blog is well worth a look. Key quote:
There have been deaths in Mexico. There has been one in the US. Our Indian partner said: “There were 2,000 deaths, mainly children in Africa and Asia, yesterday.”

Our medical student looked shocked: “I didn’t know swine flu had reached that part of the world.” “It hasn’t,” said our partner. “I’m talking of deaths from malaria. But that isn’t news, is it?”

We were silent for a while. Time to get things in proportion.

They just don’t get it
Boris the Bold