End of civilisation as we know it 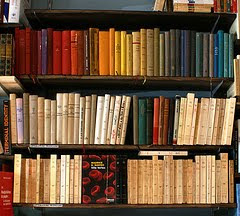 In 1973, when I went to university as an undergraduate, there were no open days. You were invited for interview, and maybe someone would show you round. Or not. Certainly, no parents would go, and anyone of my generation would have been mortified to be accompanied by parents on this very adult enterprise. Not so now, of course. At our open days, there are frequently more parents than students, and it’s the parents who tend to dominate the question and answer sessions. The most frequently asked question when I am performing is “what can my son/daughter do with an English degree?” I usually answer by agreeing that studying the Victorian novel or seventeenth century poetry is not, in itself, going to open any doors for them, but that the attributes they will acquire through diligent study and participation on their degree programme will be useful in a wide variety of careers. I often throw in an anecdote about a big cheese from a giant multinational computer company who visited the campus a few years ago. “I don’t care what degree subjects they have,” he said, “we can teach them all they need to know about computers in our training sessions. What I need are confident, articulate people, who can communicate well, who can work in teams and on their own initiative, who can write clearly and produce the goods under pressure, who can be organised and intelligent in their approach to work.” Which is, I point out to the parents, exactly the range of attributes we seek to instil in our students. I also add that an instrumental view of a degree programme misses the sheer pleasure of broadening horizons, discovering new ideas – of becoming culturally informed, not for any pecuniary reward or because of a job it might lead to, but to make you a better person- better informed, better educated, better placed to enjoy your life.
So I am dismayed at the current proposals to cut funding to humanities courses in the UK, at the behest of Lord Mandelson. We now have a government which doesn’t even have a department with the word “Education” in its title, and where HE is subsumed within the Business empire of the dark lord. Thus, courses which don’t have a vocational bent are to be sneered at: golf course management is better than History.
The great and the good of the world of scholarship have expressed their anger at this philistine and ruinous policy in a letter to the Observer. Here’s a taste:
The challenges facing the country and the world cannot be addressed without the arts and humanities. People’s complexity comes from their language, identities, histories, faiths and cultures. Without understanding that complexity we cannot address these challenges. Subjects such as literature, philosophy and history teach students to look at the world from a different perspective, to challenge ideas and to communicate effectively, to bring the flexibility and imagination that employers need and welcome.
We have already had the fatuous introduction of so-called “impact” into the Research Assessment Exercise (or “Research Excellence Framework” as we must now call it). Stefan Collini said all that needed to be said about that nonsense in this brilliant demolition job. Here’s a section, but you should really read the whole thing:
Let us take a hypothetical case. Let us assume that I have a colleague at another university (not all colleagues are in one’s own department, despite the league-table competitiveness of these assessment exercises) who is a leading expert on Victorian poetry, and that over a number of years she works on a critical study of what we might call a three-star Victorian poet (“highly innovative but not quite groundbreaking”). The book is hailed by several expert reviewers as the best on the topic: it draws on deep familiarity not just with Victorian poetry, but with other kinds of poetry; it integrates a wealth of historical and biographical learning in ways that illuminate the verse; it is exact and scrupulous in adjudicating various textual complexities; and it clarifies, modifies, and animates the understanding of this poet’s work on the part of other critics and, through their writing and teaching, of future generations of students, as well as of interested general readers. It also, it is worth saying, exemplifies the general values of careful scholarship and reminds its readers of the qualities of responsiveness, judgement, and literary tact called upon by the best criticism. It is a model piece of “excellent” research in the humanities. And its “impact” is zero.

Of course, in any intelligent use of the word, its impact is already evident from my description of its reception, but that, as we have seen, is explicitly excluded for this purpose. Moreover, any other kind of impact is only going to be credited to my colleague’s department if it can be shown to be the direct result of its own efforts. So if, say, the Departmental Impact Committee can be shown to have touted their colleague’s new “findings” to a range of producers in radio and television, and if, say, one of those producers takes an interest in this particular work, and if, say, this leads to a programme which bears some relation to the “findings” of the book (which, if they are interesting, can probably not be summarized as “findings” in the first place), and if, say, there is some measurable indicator of audience response to this programme, then, perhaps, the department’s score will go up slightly. And if not, not.

Let us leave aside for the moment the very considerable expenditure of time and effort any such process involves (often for no result), and let us also leave aside the fact that there is no reason to expect a literary scholar to be good at this kind of hustling and hawking.
As we approach May 6th, please ask your prospective candidate for the general election what his or her views are on funding for research in the humanities, and take the answer into account when you vote.
Image: Kairos-77

End of civilisation as we know it by Dr Rob Spence is licensed under a Creative Commons Attribution-ShareAlike 4.0 International License.

Thomson Loco
Rap it up
Comments (3)