They Still Don’t Get It 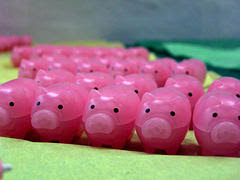 Ex-minister Stephen Byers is caught out demanding £5,000 a day – a day!- for securing access to government ministers and influencing policy on behalf of clients. Other friends of Tony are similarly caught bang to rights prostituting themselves for fat fees. Can anything illustrate better the moral bankruptcy of the political class in this country than Byers’s pathetic excuse: he was lying. So now we’ve reached the point where mendacity is seen as a perfectly reasonable position to adopt when you’re exposed as a moneygrubbing, amoral, unprincipled shit. And they wonder why we have no faith in our elected representatives.
Image: Kodama

They Still Don’t Get It by Dr Rob Spence is licensed under a Creative Commons Attribution-ShareAlike 4.0 International License.

Rap it up
One Day