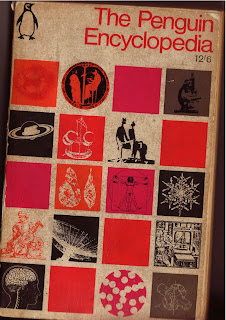 In 1966, Manchester Education Committee decided that the city was to abolish grammar schools, and go comprehensive. So that was the last year of the 11-plus examination. I was 11 at the time, and sometime in March of that year – I think – my class at Alfred Street sat the final Manchester exam, the results of which would decide whether they would be the last intake in a grammar, technical, or secondary modern school. It consisted of maths questions, logical puzzles (which is the odd shape in this sequence, etc) and what was then called a ‘composition’. This was the creative writing bit, and we were expected to come up with something based on titles such as ‘A Day in the Life of a Penny’ or ‘My favourite place’. I chose one about pets, and, with the contrariness of youth, wrote about a hamster, despite knowing nothing about them- we were always a cat family.

I passed the exam, and sometime later, we received a letter from the Mayor’s office to say that my hamster essay had been judged one of the best of that year in Manchester, and inviting me and my family to a ceremony at the Town Hall to receive a prize. My mother took time off from working in her uncle’s greengrocer’s shop to take me. I was wearing my smartest clothes, which comprised my new secondary school uniform – short trousers, obviously – and was very impressed by the splendour of the mayor’s parlour. It’s difficult to find images of the old smoke-blackened Town Hall now, but this one though taken in the late nineteenth century, gives an idea of what it looked like back then. 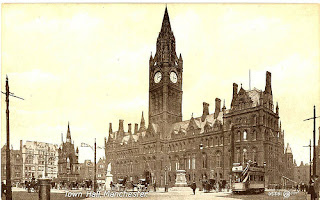 The mayor turned out to be a Lady Mayoress, with an ideal name for a northern civic dignitary: Nellie Beer. She would obviously be played by Hylda Baker, if we had been casting, but in truth she was, to my junior eye, quite posh. Not as posh as Lady Simon, who was, with her late husband the sponsor of the prize. Lord and Lady Simon’s good works, particularly in education, were a feature of the civic scene in Manchester, but still… She served Manchester well, it seems, and is remembered on this curious website thus:

Mrs Beer served for thirty-five years (1937 – 1972) as a member of the Manchester City Council and was appointed OBE (Officer of the Order of the British Empire) (1957) by Queen Elizabeth II in recognition of her valuable civic work. Mrs Beer served as an alderman (1964 – 1972) and then as the Lord Mayor of Manchester (1966). She was also a Justice of the Peace and received an honorary degree from Manchester University (1978). Nellie Beer died (Sept 17, 1988) aged eighty-eight.

My prize, and this is the point of this post, was the newly published Penguin Encyclopedia, priced 12/6. It advertised itself as the encyclopedia for the modern age. I have it still, and still occasionally consult it for its concise and authoritative entries. It was obviously conceived as the reference equivalent of Penguin’s trendy paperbacks of the time, and, like them, it has stood the test of time. I don’t think Penguin pursued it much after this initial publication, but its ghost still lives in the rather bigger Penguin Encyclopedia now edited by the ubiquitous David Crystal.

My version was edited by Sir John Summerscale, about whom I know next to nothing. Google, the twenty-first century reference source of first resort, offers very scant pickings, and most of those are book listings of the Encyclopedia. I think he must be the Sir John Summerscale who was the Commercial Secretary of the British Embassy in Iraq before the Second World War, mentioned in a footnote to a fascinating article on Jewish Refugees From Arab Countries. I imagine a gentleman’s club in Mayfair, and a meeting between Allen Lane and this pillar of the old Empire: “John, old thing – we’re thinking of publishing a modern encyclopedia. You’ve lots of time on your hands now- do you fancy being editor?”
“Well, I suppose I could.”
“Good show- I’ll get the lawyer chaps to send over a contract.”
Whatever the circumstances, Sir John seems to have assembled a top team – none of whom are named, by the way – and those subjects about which I have reasonable knowledge appear to me to be very well covered in clear, unfussy prose. The book is illustrated by line drawings, contributed by Wolf Spoerl, a designer with a knack for rendering complex things simply. Spoerl is mentioned en passant in this interesting account of the design revolution at Penguin in the sixties. Here’s Spoerl’s rendition of eclipse: 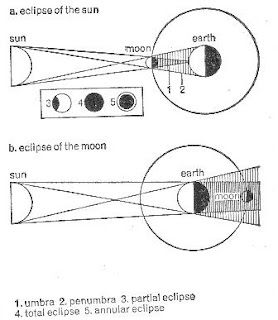 The book, at 650 pages, is compact for an encyclopedia, following the editor’s wise decision to “assume the reader to be a reasonably educated, intelligent person who at least knows what ‘every schoolboy knows’ “. Simple dictionary definitions, and biographical information were also excluded, so relativity is in, but Einstein isn’t.

Inevitably, some material is badly dated now, though usually not in a way that grates. (‘Computer’ begins: “Machine for solving problems that are essentially mathematical”.) I have another encyclopedia, published in 1990, (the Cambridge, edited by the industrious Prof Crystal) which includes items such as lists of sporting records, winners of Oscars etc., which must have been out of date on publication day. The Penguin has a timeless quality, though time has taken its toll on some entries – the section on Educational Subnormality makes for painful reading today:

Educationally backward children fall into three categories: (a) Educationally subnormal (ESN) with IQ between 80 and 60; (b) Ineducable, with IQ below 60; (c) Morons, with IQ still lower.

Elsewhere, though, the book is a model of concision. Could this entry on Dadaism be bettered as a clear initial statement for someone who has just encountered the term?:

Dadaism. An extremist anti-art movement, rooted in the nihilism caused by the First World War, originated with Arp and others in Zurich in 1916 and spread to France, Germany and (with Marcel Duchamp) U.S.A. Its members set out to shock a bourgeois public with productions which outraged all accepted literary and artistic traditions, e.g. its productions included a urinal obtained by Duchamp and exhibited as The Fountain under the maker’s name. Max Ernst, Picabia, and the painter-photographer Man Ray were among the prominent Dadaist artists. Betrayed by its own nihilism, the movement dissolved in the early 1920s; by contrast, Surrealism, which grew out of it, had a constructive philosophy.

The encyclopedia has been superseded of course, as, it appears, has the dictionary. But when I don’t want to google away, my old Penguin remains a trusted friend. 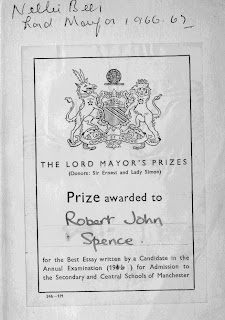