OK, I’m 56, I’m unfit, and I’m overweight. So I had a choice to make at the end of last month – do I renew my gym membership again, or try something else? I’m not a great fan of the gym, as I’ve mentioned before, so I decided to save my money, and try a different tack. I’m lucky enough to live close to an urban water park, so I have the perfect environment for some outdoor workouts. I came across the C25k (Couch potato to 5 kilometer) programme, and on the recommendation of a friend (thanks Lisa!) chose the NHS version. The advantage of this is that you have a podcast to guide you through, rather than having to check your (in my case, non-existent) watch to keep on track.
The  programme itself seems to be based on what I used to know as Fartlek. My gym teacher at school, Reggie Bell, used to make us do fartlek at the end of games sessions. As the name was already inherently hilarious to us, we used to find it hard when Reggie’s rich Lankysheer voice urged us to “do some Fartlek, lads!” The word is Swedish, and means speed-play, and the technique is really simply about alternating bursts of more and less intense activity. The etymology is interesting – the first syllable survives in the German “Fahrt” meaning journey. “Gute Fahrt” – bon voyage – can always raise a laugh in a German lesson, and you can hear the Viking echo of “lek” in Yorkshire where kids still ask their mates if they are “laikin’ out”.
Anyway, I downloaded the podcast, loaded up the iPod,  and have now completed the first week. Your guide is Laura, who is very encouraging and sympathetic. She tells you when to run and when to maintain a brisk walking pace. Whilst you are running or walking, music takes over – a kind of bland, sub-Coldplay vaguely uplifting wash of guitars and keyboards when walking, and a more urgent generic 70s / 80s rockular sound when running, probably knocked out in a morning by old session guys on union rates.  One riff sounds suspiciously like “Sweet Home Alabama”. But I digress. 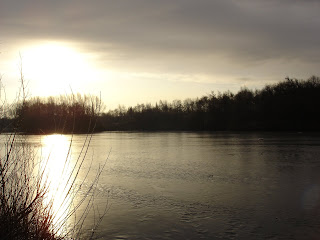 You run, you walk. You sweat, you get a bit breathless. Laura encourages you – “You’re doing really well,” she says. How does she know? But it works, and eventually, you have managed a fairly basic half-hour aerobic workout. And that isn’t much at all, but it’s a small step for me. I do feel a bit fitter, and I will try to complete the nine-week programme. So far so good. And Laura says I’m doing great.
Photo: by me!

Fartlek with Laura by Dr Rob Spence is licensed under a Creative Commons Attribution-ShareAlike 4.0 International License.