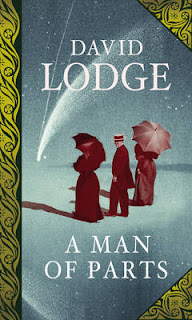 To the Whitworth, to see David Lodge talk about his new novel, based on the tangled love-life of H.G. Wells. I’ve admired Lodge for decades – Changing Places is one of the great comic novels, and certainly one of the top three examples of campus fiction ever written, I think.  Lodge also wrote The Art of Fiction, one of the most sensible things available on that topic. Mostly, when authors are promoting their latest book, the routine is that the author reads a bit, and then answers some questions (often completely footling ones: “Where do you get your ideas from?”) before everyone queues to have their copy of the book signed. Lodge didn’t do this. Perhaps because he spent his working life as an academic, Lodge decided that the best thing to do was to give us a lecture on Wells. It was quite a formal one – he read, at a lectern, from a script, with very few ad-libs, in a style I imagine Birmingham Eng Lit undergraduates would have recognised. It was, nonetheless, an enlightening and engaging talk, ranging over Wells’s incredibly productive career, and making a strong claim for a revaluation of his reputation. At one point, Lodge recounted how the elderly Wells refused to move out of London during the blitz, declaring that he would not be beaten by “that shit, Hitler”. and that he took his turn firewatching in a tin hat. Wells presciently saw how aircraft would be used in future wars, and also posited the development of something very like the WWW – the World Brain, which would keep all human knowledge on microfiche. Lodge, whose hearing is weak, was supported by an energetic assistant signing his words.  He then did the readings and answered questions, which for once were pertinent and intelligent – and no, I didn’t ask any. One point which he spoke about at length was the emergence of what he called the “bio-novel”, the fictional work based on the life of a real person. A Man of Parts is one such of course, as is Lodge’s Author Author, based on the life of Henry James. Julian Barnes’s Arthur and George would be another example. That seems to me to be an interesting line of research – I’m just wondering what other novels fit this category. Lodge said that his rule was not to make anything up except the dialogue and the extradiegetic narrative. As he said, that solves a basic problem, since the plot is already there. Rather than tell the whole life story, he comcentrated on the central years of HG’s life, when he was extraordinarily entangled with a series of women. 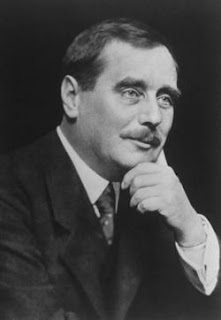 What was so attractive to women about Wells? He was short, physically weak, and hardly a pin-up. But he was full of energy, full of ideas, and compelling as a speaker. That seemed to do the trick. His narrative gift, allied with his knowledge of science, makes his work unusual, and, according to Lodge,  ripe for rediscovery. Of course. Lodge’s book will obviously aid that process. At the end of his life, according to Lodge, Wells was working simultaneously on two factual pieces, one which despaired of mankind ever evolving into something nobler, and one which predicted a utopian future. I wonder what he would make of us now?

Roma Tearne
The Tie That Binds