Man and boy, I’ve seen a lot of Hamlets, and I’ve taught the play more times than I can remember. So I know it very well, probably as well as I know any work of art. What to expect then, from Maxine Peake’s Hamlet, given at the Royal Exchange this autumn? That la Peake is a consummate actor with range and depth is a given. But could she scale this Everest of a part, especially playing against her gender in an over-three-hour largely uncut version of the text? Of course she could. 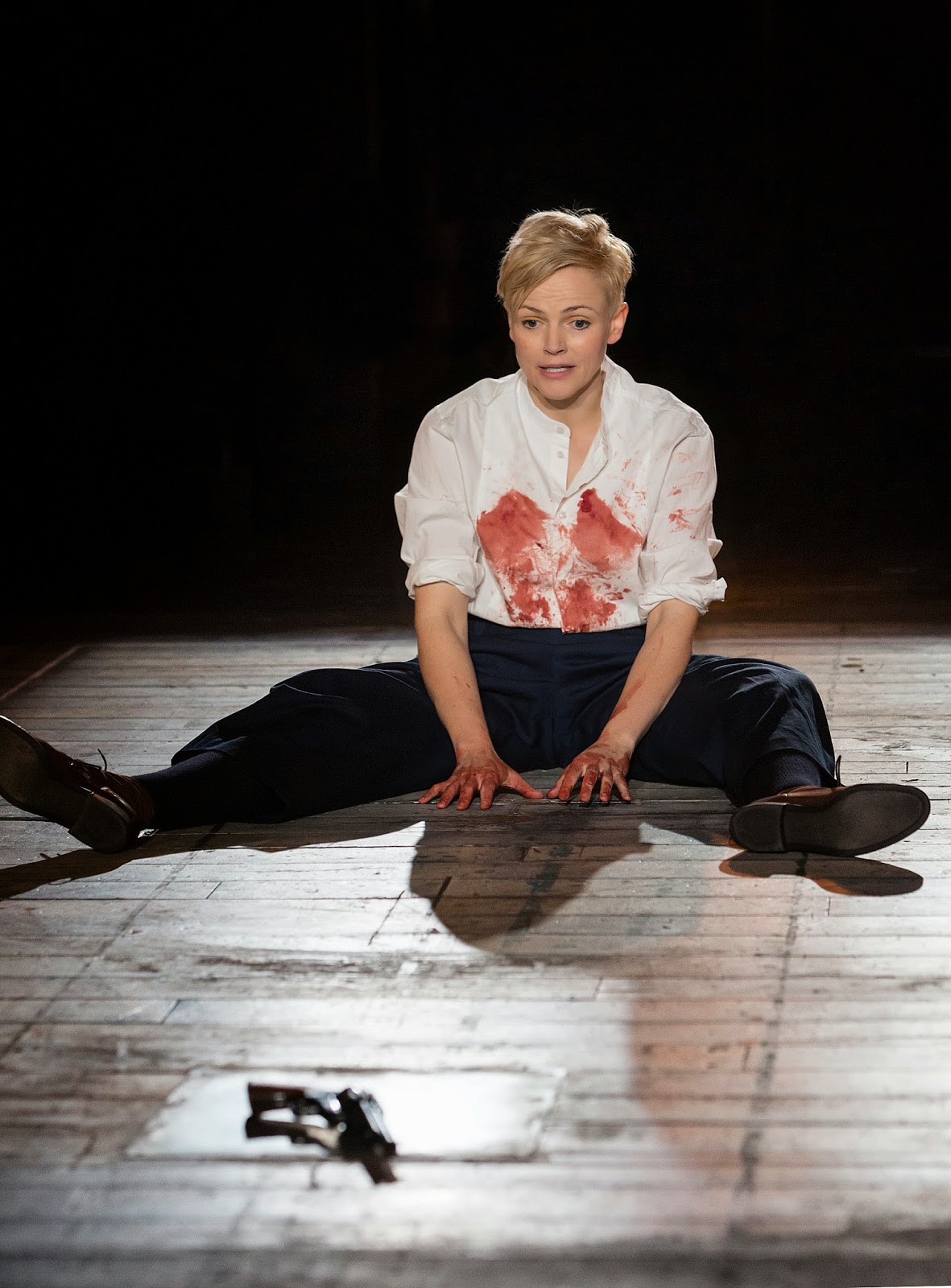 This production boldly offers two and a bit hours of intense action before the interval. As we wandered out, a little dazed, for a breather, I was thinking that this was easily the most gripping Hamlet  I had ever seen, and then realised that, actually, this was the most gripping piece of theatre I had ever seen, full stop. Peake is magnificent from her first encounter with the ghost to “the rest is silence.” The energy and the intensity never let up for a moment, and, surrounded by a talented cast, Peake made you forget that she was a woman almost from the moment she appeared, in a Mao suit and a white shirt that remained her costume throughout.

The production, as does every play at the Exchange, made the most of that extraordinary theatrical space. The intimacy of the Exchange was very much to the advantage of this version of the play, in which the personal anguish of Hamlet and the other characters touched by the domino effect of Claudius’s treachery, was the central, relentless, focus. The Fortinbras political plot was jettisoned, leaving the end of the duel scene as the final moment, and bringing to a close the intense examination of guilt and innocence, action and inaction, morality and corruption.

The production is in modern dress – the watchmen at the beginning are in hi-vis jackets and carry torches. Claudius is in a business suit, and Horatio looks like a philosophy lecturer. Rosencrantz and Guildenstern are punks, all ripped tee-shirts, tattoos and piercings. The casting of the central role is not the only gender change: Polonius becomes Polonia, Guildenstern (or is it Rosencrantz?) is a woman and the Player King is played brilliantly by Claire Benedict, who is also Marcella, not Marcello. It’s a tribute to the power of the production that none of this detracts from the impact of the play at all. The decision to use most of Shakespeare’s text means that Hamlet’s growing frustration at his own indecision is fully explored, and this ratchets up the intensity to almost unbearable levels. Peake handles the soliloquies well, without any of the anxiety that such well-known speeches might be expected to engender, breathing new life into “Oh that this too solid flesh would melt” and indeed “To be or not to be.”

The supporting cast are almost uniformly excellent. John Shrapnel’s Claudius conveys the “smiling, damned villain” perfectly. He is the reasonable, decent, CEO of the state on the surface, smiling on all, and only revealing his vulnerability in the prayer scene. He also plays, in a bold move, the Ghost – well, they are brothers – and distinguishes Hamlet senior from Claudius subtly. Thomas Arnold, who has a look of the young Ken Branagh, played Horatio sensitively, and spoke very clearly, a trait not entirely achieved by Katie West’s Ophelia, whose words were sometimes garbled as the madness took hold. But Maxine was the cynosure of all eyes as she dominated the stage in a bravura display of energy and intensity, the like of which I have never seen. Brava!

Maxine Peake’s Hamlet at the Royal Exchange by Dr Rob Spence is licensed under a Creative Commons Attribution-ShareAlike 4.0 International License.