They just don’t get it 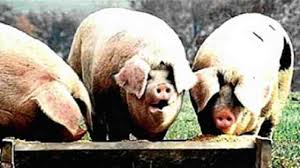 The trickle of stories about the way MPs abuse the expenses system is now a flood. What’s noticeable is the entirely predictable excuse that all of them offer- we didn’t break any rules. They are so removed from the ordinary lives of their constituents that they can’t see that’s not the point. The rules (made by them of course) permit all kinds of clearly unjustifiable expenditure at taxpayers’ expense. It’s a gravy train, pure and simple.
I was amused, then actually annoyed, when it was revealed that Jacqui Smith was upset with her husband / employee for his claiming of porn films on her expenses, not because of the embarrassment, but because she had apparently spent a week going through her expenses, and was confident they were legit according to the rules. Well, I rather thought her job was to run the Home Office- who was in charge when she was trying to find her bath plug receipt?
I am a fellow of the Royal Society of Arts, and follow the blog of its director, Matthew Taylor. So when he weighed in with his thoughts on the matter, I posted a comment. My solution is this:
First, the government should requisition, buy or otherwise acquire about 500 central London flats, at a cost of a day or so bank bailout. This would also give some stimulus to the housing market. MPs whose constituencies are not within reasonable commuting distance of Westminster are allocated a flat. Furnishings are provided (I’m sure John Lewis would oblige). And, er, that’s it. No allowances, no claims to be made. Maintenance to be handled either by contractors who bill the House of Commons or via a dedicated team appointed by the state. Utility bills paid. MPs in London suburbs given a travel warrant to get them back home.
Matthew objected:
“But might it not cost more. There would be up to £300 million to buy the flats and then the cost of managing them, maintaining them, and servicing them. And if it was overseen by the House I’m not sure it would be the most efficient of services. Also, there would anyway have to be transitional arrangements as t wouldn’t really be fair to ask existing MPs to move out of homes they had lived in for years.”

I think this is revealing- his instinct, perhaps understandable, since he is a former aide to Tony Blair, is to protect the MP. I replied:
Well, yes, I suppose £300m would be a lot- but that’s assuming each flat would cost on average about £600k. On one website, I found 55 flats in Central London at under £300k. Even so, the cost would be small change compared to the money the govt is currently spending on bailouts etc. Maintenance would obviously cost – but at the moment with MPs claiming for every last bath plug, I’m sure it would be cheaper. And if it were handled by an agency of the Commons, it would create jobs, apprenticeships etc.
No need for transitional arrangements. If this system were introduced at the next election, all qualifying MPs would get their allocated flat. Those who had a second home could sell it, keep it, whatever. They just wouldn’t be able to make any claims for it.
No reply from Mr Taylor. And fair enough, there’s no reason why he should. I think the political classes need to realise the depth of the anger felt by what they would call in their patronising way “hard-working families”. MPs receive a salary beyond the wildest dreams of 95% of the population for a job that doesn’t require their attendance at their place of work – which is open on fewer days than an Oxford college – and which allows them to take any number of extra jobs, directorships etc. On top of that, there’s the bottomless expenses fund. It stinks.

Update: Andrew Rawnsley says it all much more gracefully:
“Harriet Harman has been shoved before the cameras to try to defend the indefensible. She bleats that it was “all within the rules” as if the rules were not of Parliament’s own invention, but had been handed down by God to Moses on Mount Sinai. All her exposed colleagues have likewise protested that everything they did was “within the rules” as if they were powerless to resist an invisible hand that forced them to sign the claim forms. Not every MP felt compelled to scoff at the trough. Hilary Benn, Ed Miliband and Alan Johnson emerge as acmes of frugality who make modest and entirely reasonable claims for performing their duties. The unblemished MPs should be furious with the avarice of their grasping colleagues who have tarred the whole political class with a reputation for being seedy and greedy.”

They just don’t get it by Dr Rob Spence is licensed under a Creative Commons Attribution-ShareAlike 4.0 International License.