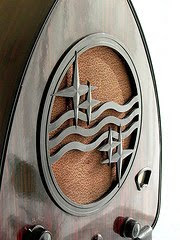 Is writing an email to Radio 4 the modern equivalent of an outraged of Tunbridge Wells-type letter to the Maily Torygraph? Possibly. I was moved to fire off an email yesterday whilst listening to the Saturday Live programme, usually with the delightful Fi Glover, but this week presented by the creepy Rev. Richard Coles(he always insists on the Rev., I notice) whose bizarre career has taken him from gay pop icon in The Communards and Bronski Beat to a comfortable living in the Anglican High Church surroundings of Knightsbridge.
The guest on the show was Dreda Say Mitchell, writer and teacher, now working also as an educational consultant. She is clearly a formidable woman who has achieved a lot (“Listen to my inspirational interview with Jenni Murray on Woman’s Hour”)and I have no problem, as another listener did, with her glottal stops. She has deeply held, sincere beliefs about education, which she promotes with vigour and charm. What had me reaching for the keyboard was her insistence that a good way of engaging disaffected working class boys – particularly white boys – was to use rap in the classroom. I’ve used the tired and frankly juvenile line that “the c in rap is silent” too often to use it again -oh, I just did – but I do wonder why this violent, misogynistic and often illiterate form is considered appropriate. So I asked the question, and the oleaginous Rev Coles read it out. Mitchell’s answer was along the lines that this is a form that they like and it engages them. Well, I knew that. They listen to it all the time, on their phones and ipods, often making other people’s lives on buses, trains and in the street a lot less pleasant as a result. Shouldn’t school offer something different from what they experience every day outside?
I know a bit about teaching disaffected white boys (and black boys and Asian boys) from fifteen years in secondary school teaching, and this advocacy of rap reminds me of the debate on “relevance” when I was training. The idea was that to get young people interested in reading, you had to present them with stories about people like them, leading difficult lives in modern urban settings. Thus, a slew of books about truanting inner-city kids with alcoholic mums and absent dads appeared to fill this niche, and were quickly forgotten. The biggest success story in children’s literature of recent years – of any years – is of course Harry Potter, a series which, as we all know, presents the gritty reality of life in twenty-first century Britain…
I also wonder what happens to the class after they have rapped away with Ms Mitchell. Pity the poor teacher who follows, and who has to teach them the past tense in French or the properties of hydrogen. And what, exactly, do they learn through rapping? They can do it anyway, and they know more about it than their teacher ever will. If school is about expanding horizons, as Dreda Mitchell and I agree, then surely we should offer the children something outside their ordinary experience?
Image: Nite Owl

Rap it up by Dr Rob Spence is licensed under a Creative Commons Attribution-ShareAlike 4.0 International License.